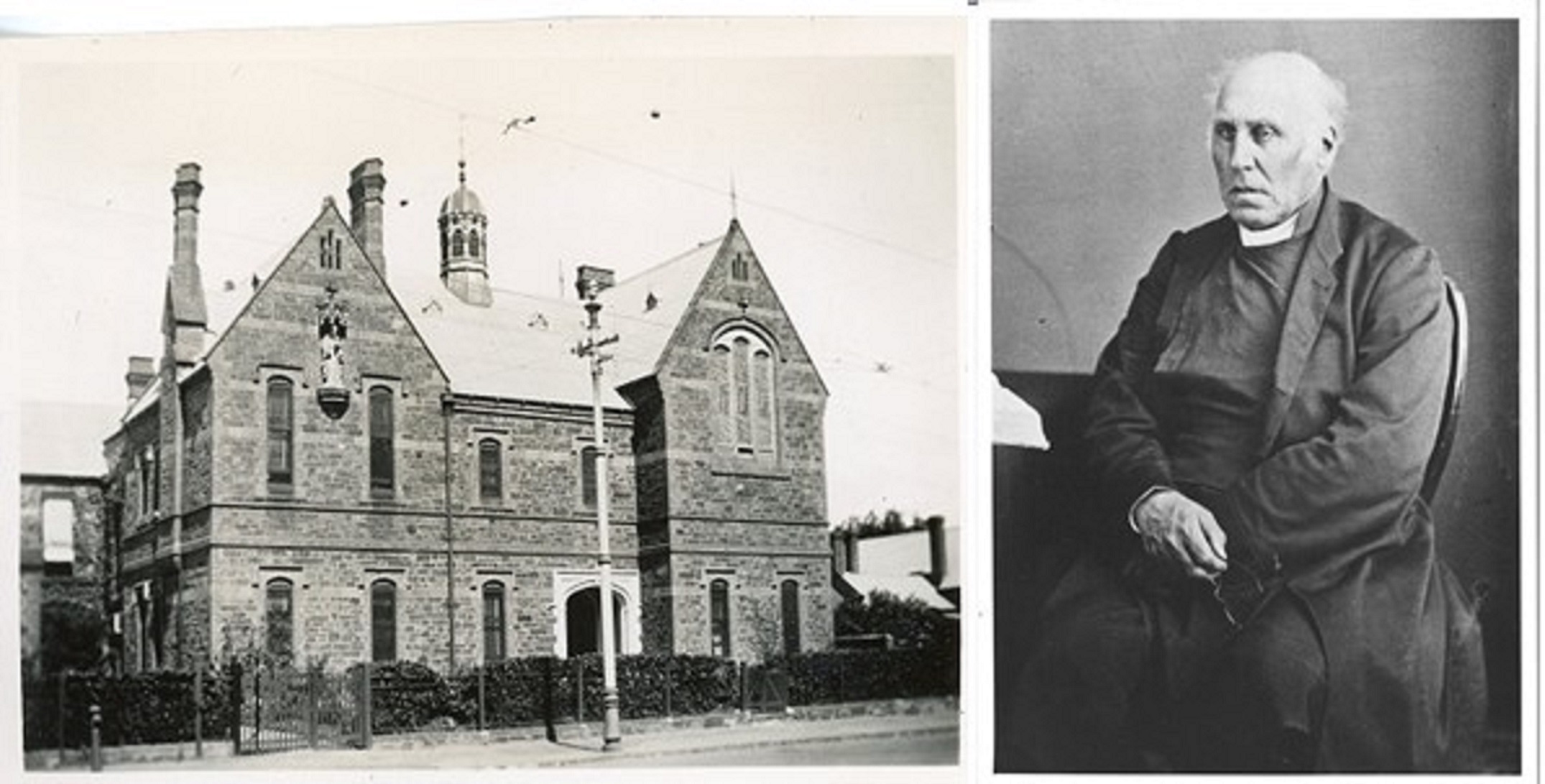 The 26th November 2021 marks 140 years since the dedication of the St Barnabas Building for the theological college by Bishop Short. The college’s creation was the culmination of many years of effort, and the dedication of the building was among Short’s last acts as bishop before leaving Adelaide for the last time.

St Barnabas College was a passion project of the bishop’s. A gifted academic himself, he was a great champion of education in all its forms. He had tutored and lectured at Oxford in the 1820s, his students including a young William Gladstone (later four times Prime Minister). Short became a public examiner and went on to build a school during his incumbency at Ravensthorpe in Northamptonshire. When he arrived in Adelaide at the end of 1847, he was fired up with educational zeal. This proved useful as theological training in the diocese was something that, in the end, he had to work very hard to establish.

He initially planned that St Peter’s College (opened 1849) should include a theological seminary, but this did not prove feasible. Bishop Short was prominently involved in founding the University of Adelaide (opened 1874), but this was a broader public education project, not a provider of theological training. The university itself flourished though, with Short its first Vice-Chancellor and later Chancellor. Notably, it was a world leader in its determination to admit women and enable them to graduate.

By early 1878 the Bishop had his sights firmly set on a theological college for the diocese. It required tireless fundraising from public and private sources, both here and in the UK, to bring this plan to fruition, but Short knew that locally trained clergy were essential for the Australian church. He remarked in the papers, “I am so satisfied of the intellectual ability, the moral character, and the religious sincerity of those young South Australians … It will be a happy day for South Australia when her promising young men offer themselves for laborers in the Lord’s vineyard”.

By the time he opened the St Barnabas Building in late November 1881, Bishop Short was old, tired and in failing health. But his educational vision burned bright, and still does today. St Barnabas College has a rich tradition as an academic home to many fine theological minds and a training ground for many generations of Anglicans from South Australia and beyond.

We can be proud that 140 years later, St Barnabas College is still fulfilling Short’s vision. These days, theological education is not only for men but also for women, and not only for the ordained ministry but also for laypeople. As the leader of a university which broke barriers to admit women, and as a powerful advocate for the role of the laity in diocesan life, Bishop Short would surely be delighted.

In 2021, the college is still going, and there are more graduates to come! In the archive, we now have a wonderful artefact which recognizes part of the college’s history. The St Barnabas College Book of Remembrance was donated to the archives in 2020. This gloriously lettered book records every graduate of the college from 1881 to 1999. It was faithfully maintained by a friend of the St Barnabas Collegians’ Association and has had a lucky history, even surviving a major bushfire.

What we envision now, is that the Book of Remembrance is brought up to date with the names of all the students who have studied at St Barnabas College since the year 2000. For this to happen, we would need the help of a talented calligrapher who is willing to volunteer to bring this beautiful record up to date. If you feel this is you, or know someone else who might be interested in this project of love and dedication, we would love to hear from you.