Joan, an Anglican priest who has been engaged in full time parish ministry since 2004, is now the Principal at St Barnabas College. She blends her work in the church and desire to follow Christ’s mission and calling with her academic learning. Joan’s research areas include the Letter to the Colossians, Greek inscriptions in Asia Minor, Greek and Roman religion, women in Asia Minor, and the cultural engagement between pagans, Jews and Christians. 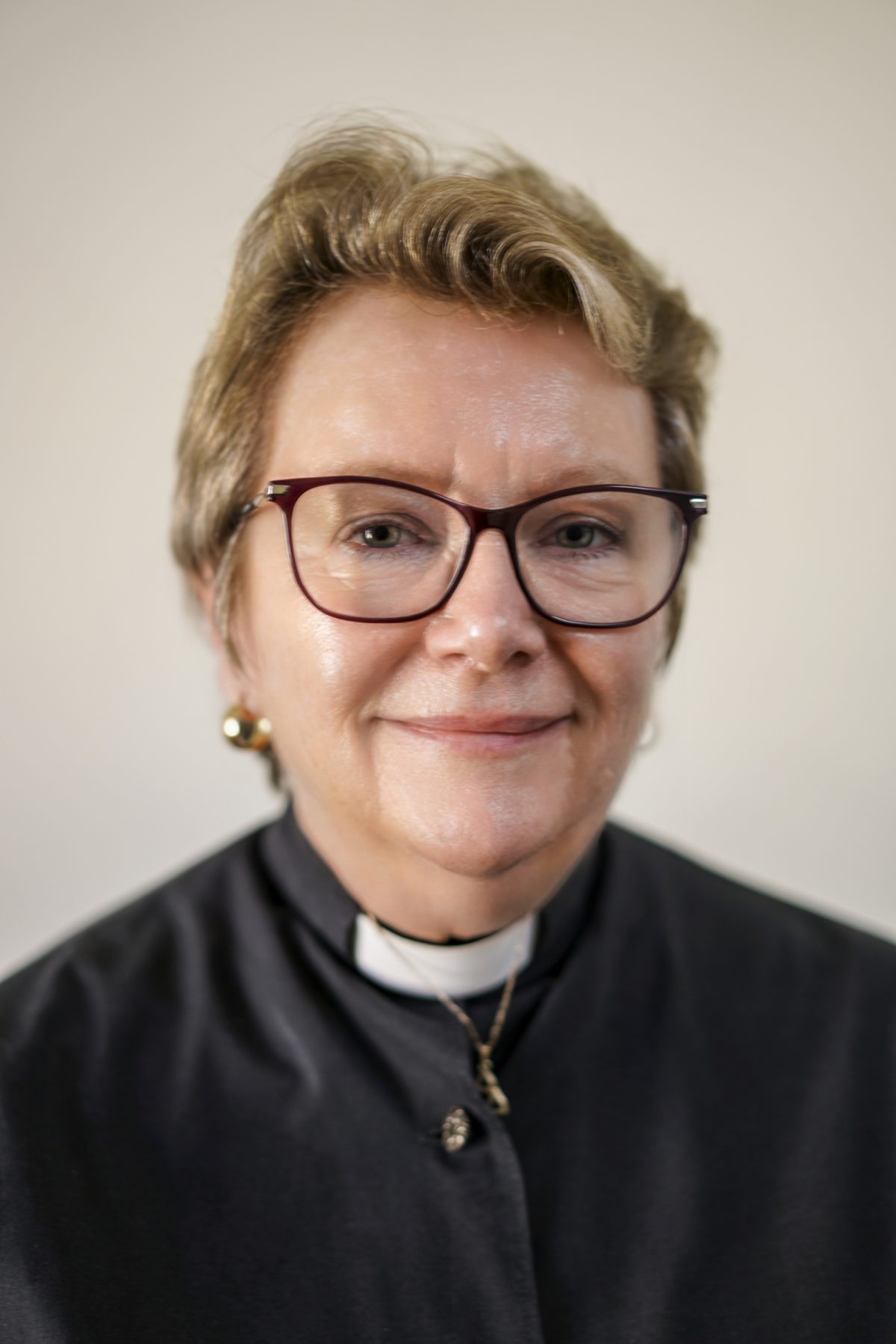 Cathy is an ordained priest of the Anglican Church of Australia who works in the role of Acting Director of Learning and Teaching, and lectures in Systematic Theology, at St Barnabas College, Adelaide, which is affiliated with the School of Theology of Charles Sturt University.

Gillies, a retired Uniting Church minister, is a former high school teacher with an honours degree in mathematics as well as a timetable consultant for an English County Council. He has been privileged to be a teacher throughout his life

Jo has been a teacher of Religious Studies and systematic theologian for some years. She was recently ordained a priest in the Diocese of Adelaide on 28th November, 2020. Although brought up as an Anglican, Jo has spent 25 years as a Roman Catholic Dominican sister, during which time she completed a Ph.D. 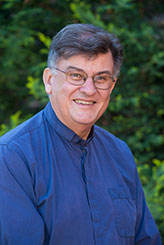 Dr Lynn Arnold AO was formerly a Member of the SA State Parliament, Cabinet Minister and Premier. Subsequently he has been Chief Executive Officer of Anglicare SA, after eleven years with World Vision International. In this role, Lynn is responsible for overseeing South Australia’s largest non-government agency promoting ‘justice, respect and fullness of life for all’. 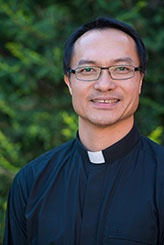 Originally from Hong Kong, Joseph finished his doctoral research in Germany and returned to home to teach in a theological seminary in areas including Biblical Hebrew, Preaching in Old Testament, Wisdom Literature, Prophetic Literature and Old Testament theology.

Gethzi, an ordained Priest in the Church of South India (CSI), was involved in various ministries, including children, youth and women, of the dioceses of Coimbatore and Madras. 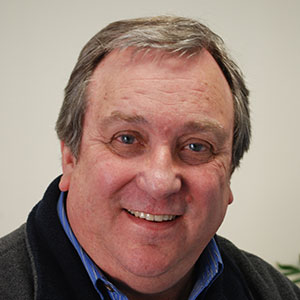 After teaching young offenders and special education, teaching sociology of education at tertiary level, and being a senior research officer at the Adelaide Central Mission, Rodney Fopp began lecturing in sociology at the University of South Australia in 1988.

Tim brings over 20 years of tertiary theological teaching experience, and 26 years of ordained Anglican ministry experience with him, and a special interest in ministry formation with a strong missional focus. 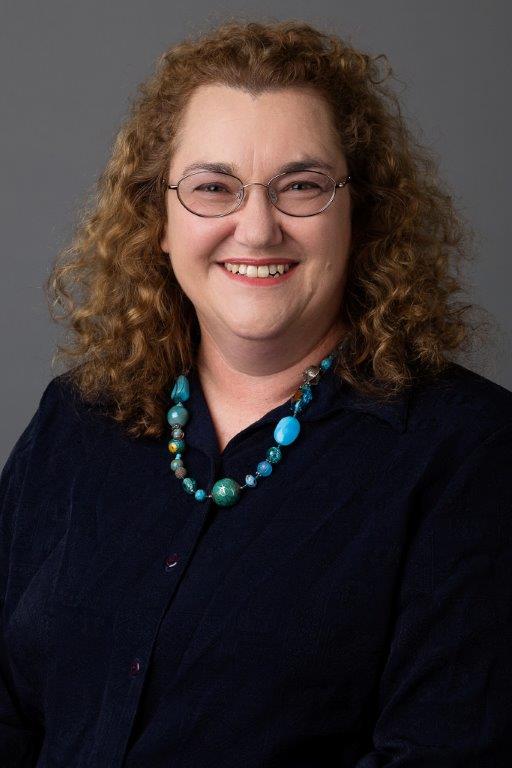 Jennifer had successful careers in the Commonwealth Public Service and commission sales of cosmetics before returning to study as a mature age student. She completed her doctorate on the historical memory of The Salvation Army in South Australia. 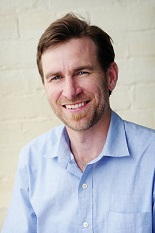 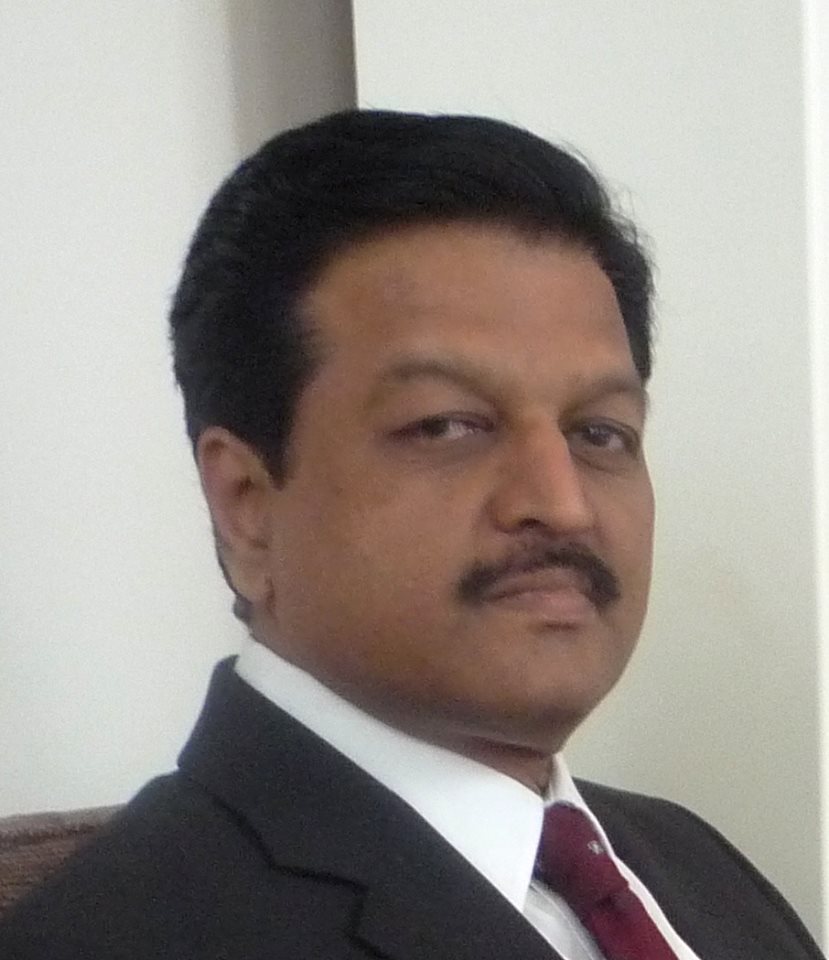 Ordained as a minister of the Church in 1992, Santhosh served a brief period of pastoral ministry in the Church of South India before joining the faculty of the United Theological College, Bangalore, in 1994. After continuing 23 years in teaching ministry at UTC he is currently the Parish Priest of the Anglican Parish of Broadview and Enfield. 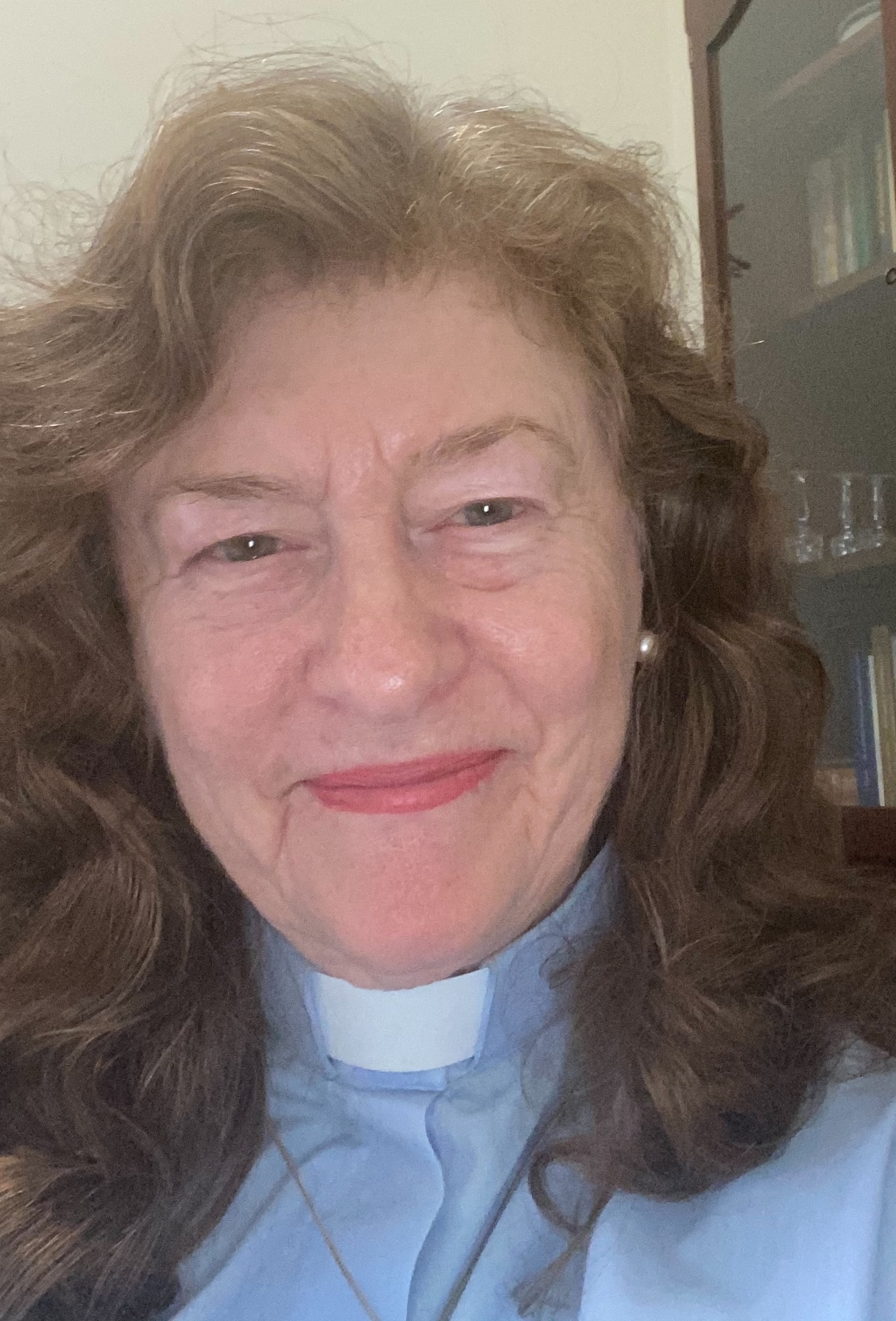 Jane Lee-Barker is an ordained Anglican priest and Priest in Charge of St. Mary’s Anglican Church, Burra, South Australia. She is an Adjunct Lecturer in theology at St Barnabas College Adelaide. After qualifying as a registered nurse Jane did a degree in Modern Asian Studies majoring in Chinese language (Mandarin) and East Asian Sociology. 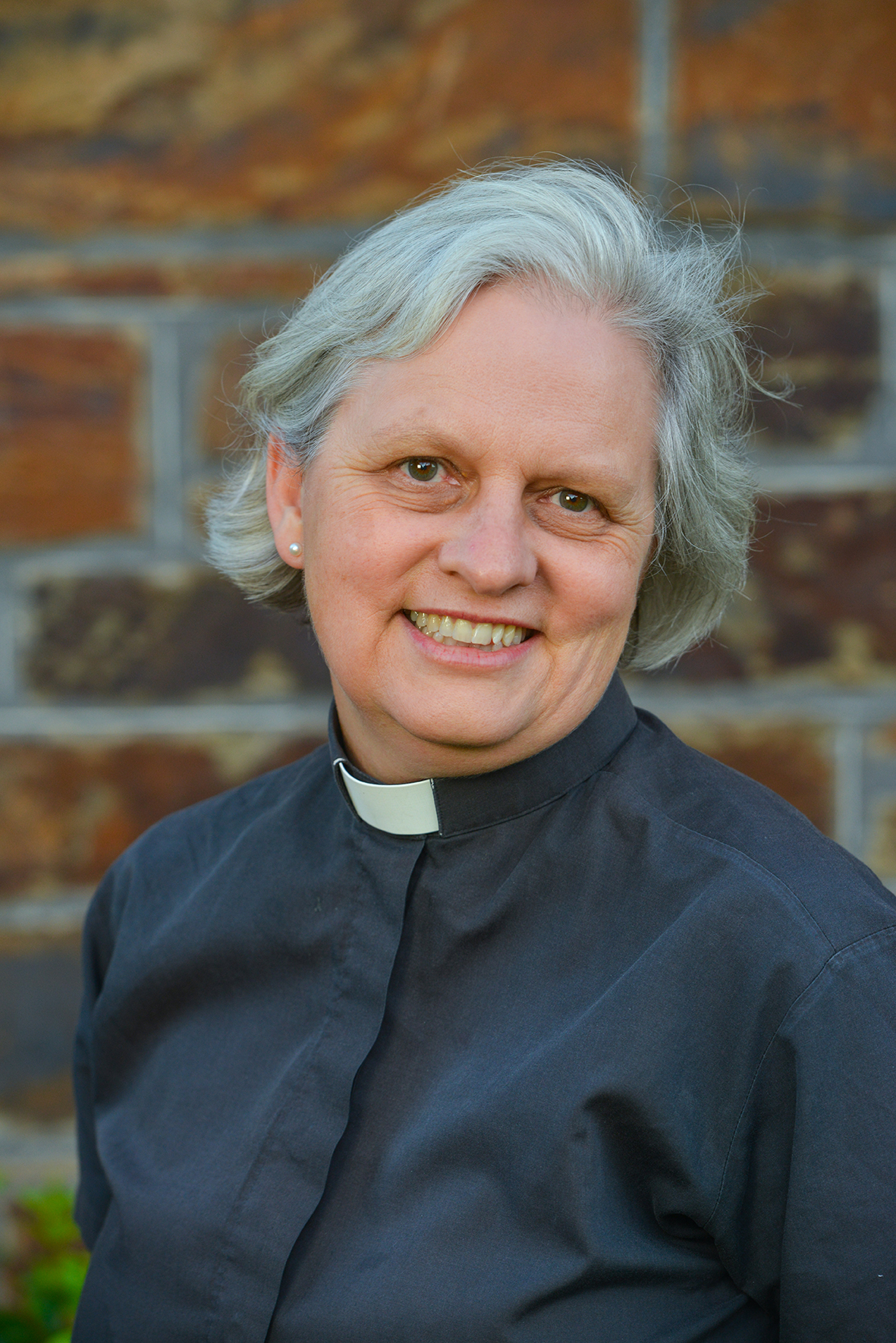 Previously a teacher of high school science and mathematics, in 1997 Ruth Grey-Smith was both ordained and married Neil Mathieson. She is currently part-time chaplain at Trinity College Gawler River, as she undertakes doctoral studies in the Gospel of Matthew and explores the significance of the wedding clothes in the Parable of the King’s Wedding Feast. 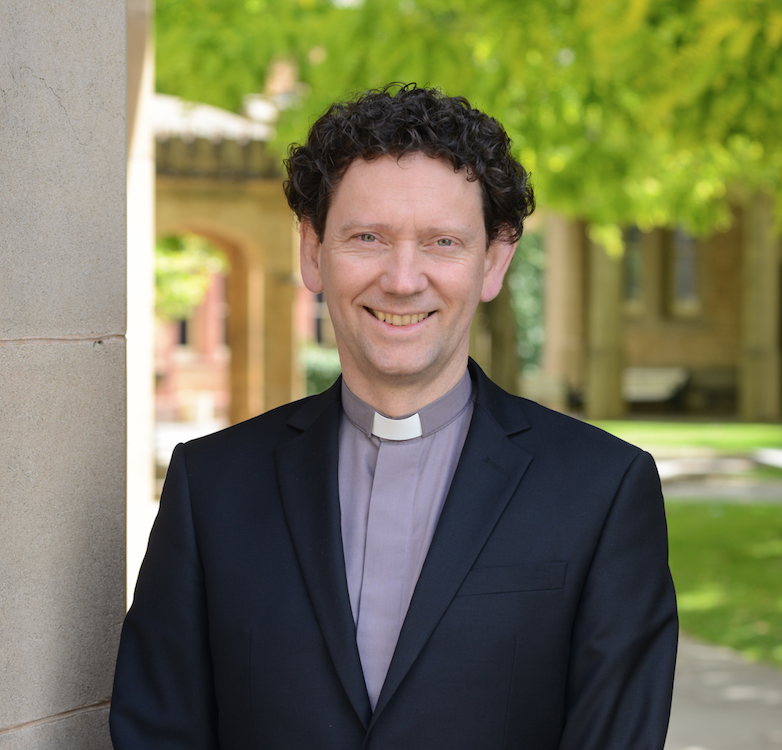 Theo is Chaplain at St Peter’s College, Adelaide, and works across the whole school (ELC – Year 12). He is the Senior Chaplain for Anglican Schools in South Australia. He graduated with a PhD in Systematic Theology from Flinders University in 2008 and his thesis was published as The Greenie’s Guide to the End of the World (Adelaide: ATF, 2011). 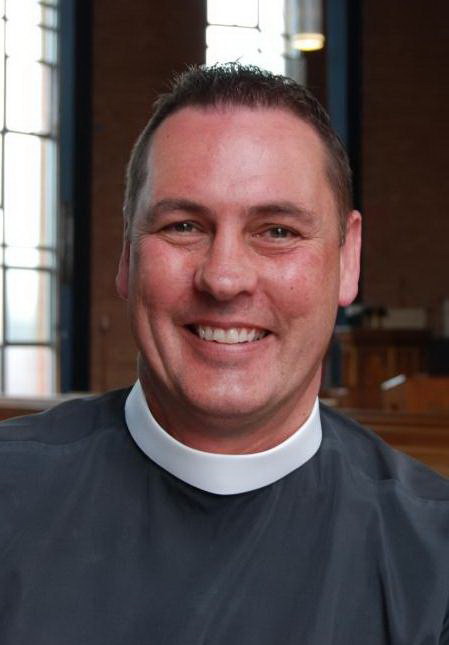 Bishop Chris McLeod is an Assistant Bishop in the Anglican Diocese of Adelaide, with special responsibilities for Aboriginal Ministry, and National Aboriginal Bishop. His research interests are in the areas of ethnography, practical and pastoral theology including: the Trinity, orthodoxy and ecclesiology in a post-modern context. 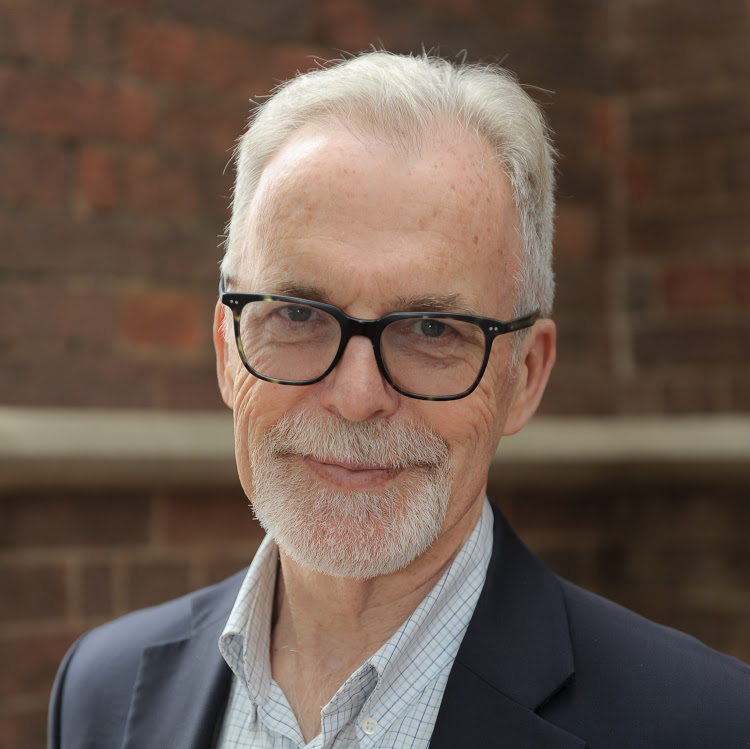 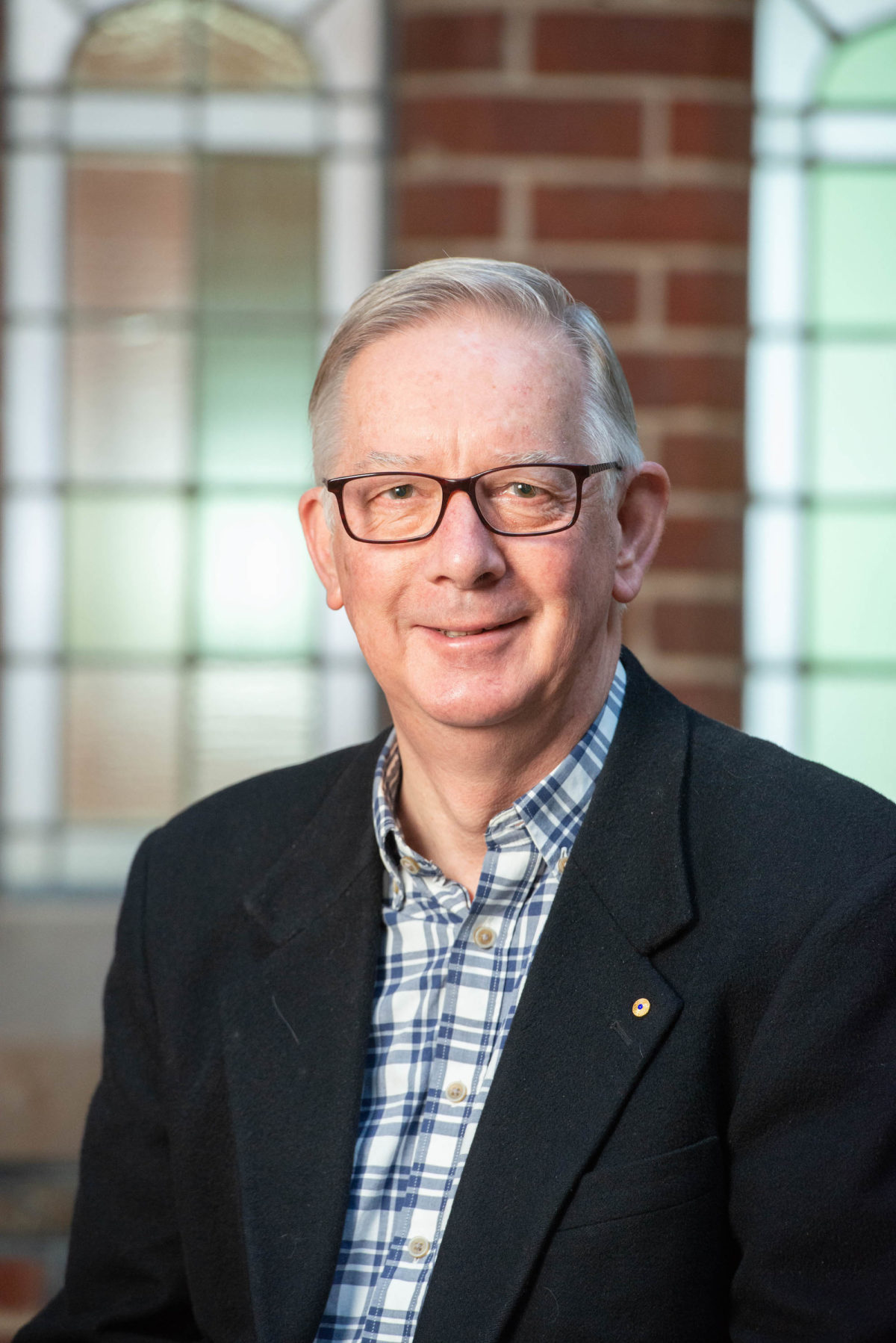 Don is the Ministry Development Advisor for St Barnabas College. Prior to this he was for almost ten years the Principal and CEO of Tabor College of Higher Education, Adelaide – a multi-denominational higher education and theological college with just under 1000 students. 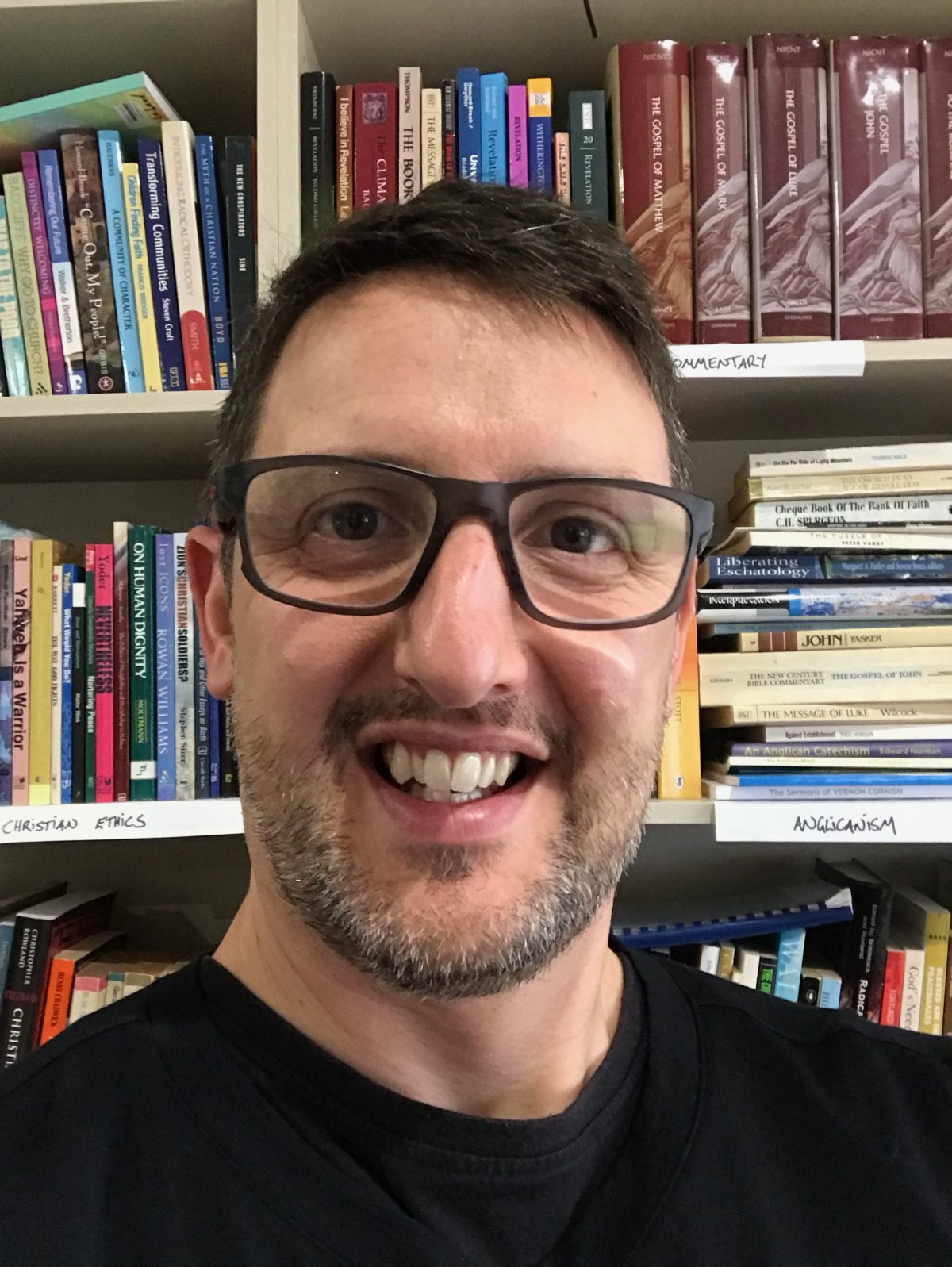 Nat brings over 15 years of ministry experience in the Church of England and the Anglican Church of Australia in both Parish and Hospital Chaplaincy, with a special interest in helping people discover their God given gifts and enabling their service in the church and world.

Nat has experience of ministering within Anglo-Catholic, Evangelical and Charismatic Anglican Churches and is passionate about sharing Biblical and Theological insights to help the church live according to Jesus’ commands and in the power of the Holy Spirit. 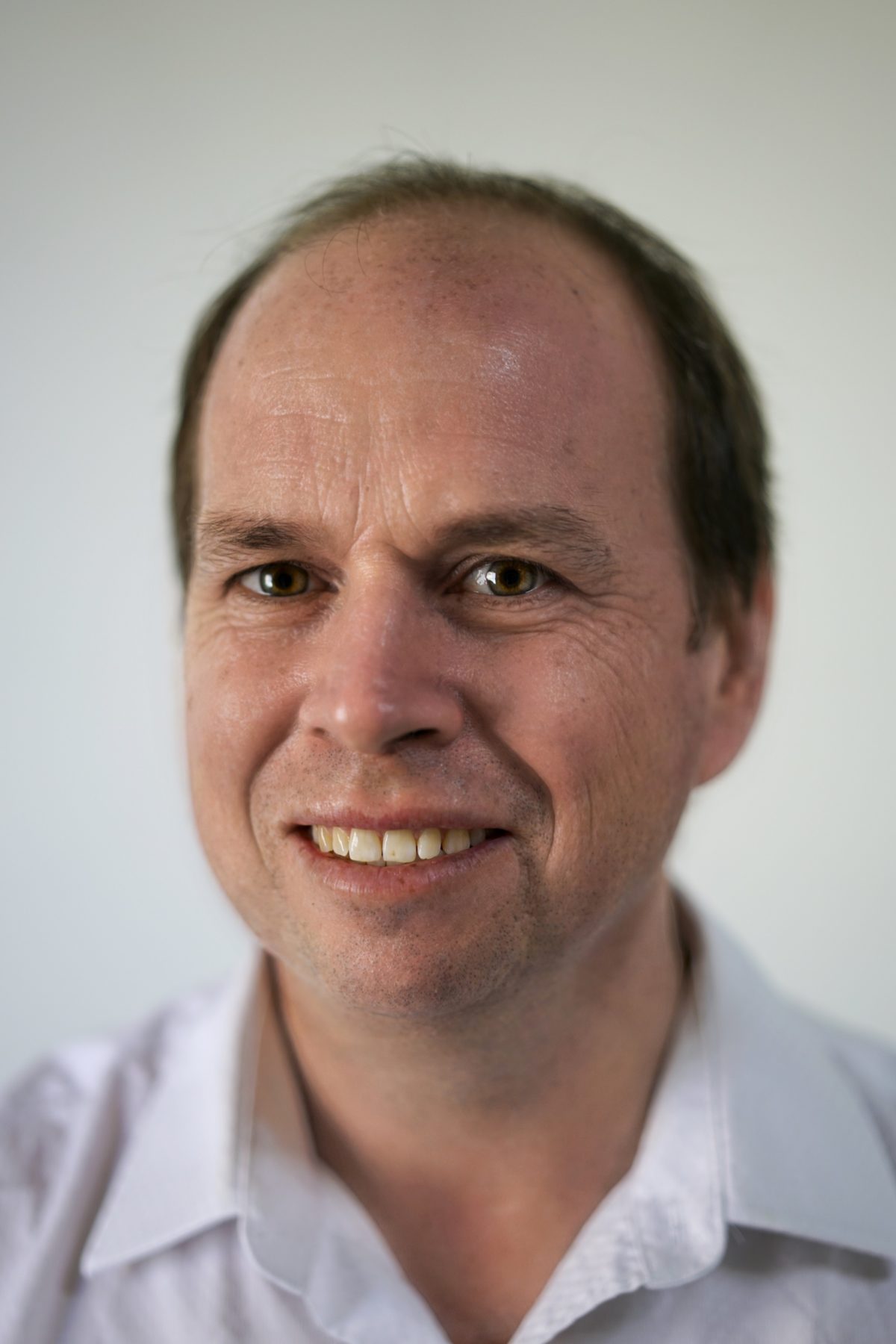 Damian has had experience in a variety of employment. He has ministry experience as a missionary in Papua New Guinea 2003-2004, and later in a local congregation in Aberfoyle Park. Currently he is an ordained pastor in the CRC Churches International, and attends The Hills CFC in the southern suburbs. 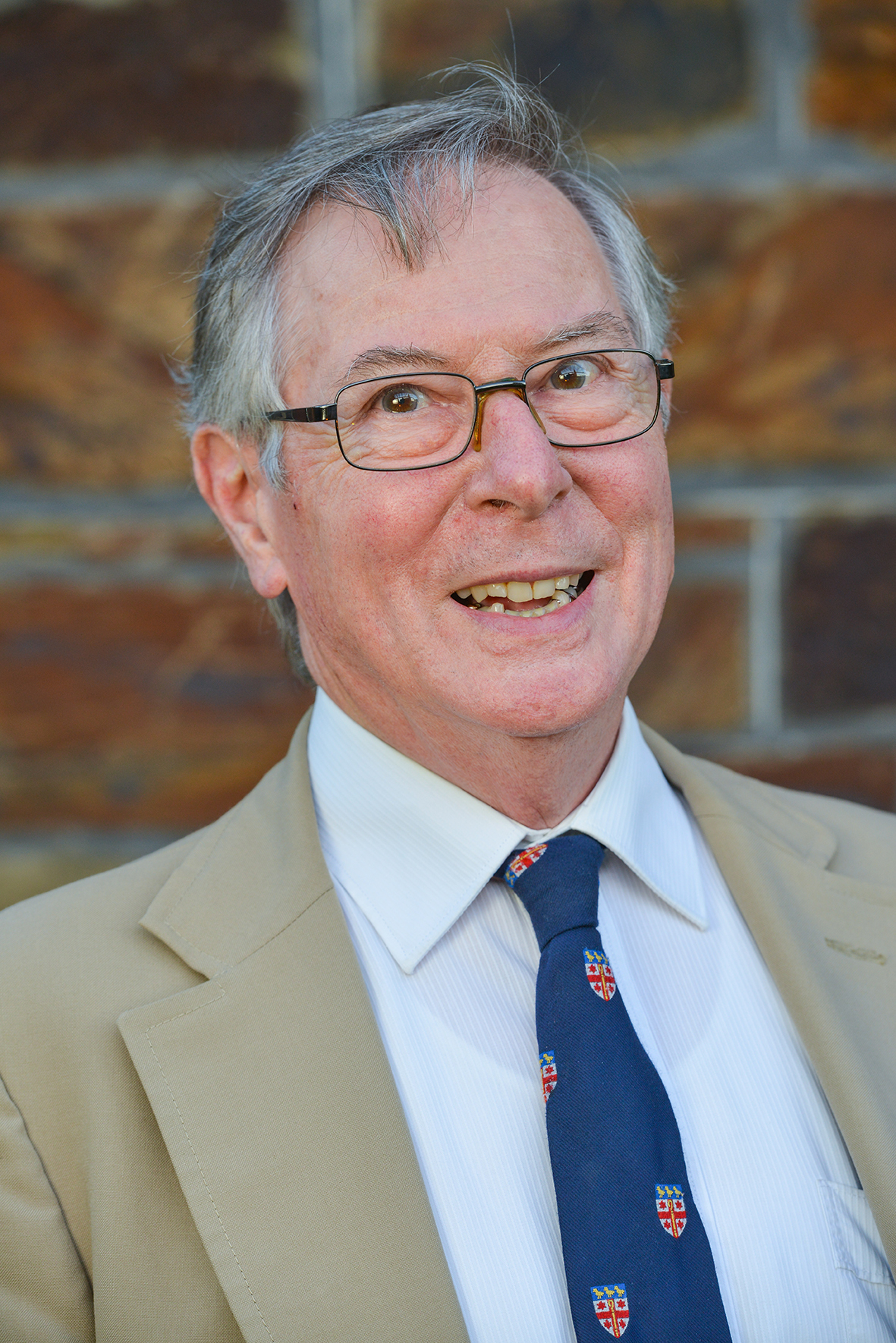 Peter trained and was ordained in Melbourne Diocese prior to moving to Adelaide in 1976. He served as Assistant Curate in three parishes in Melbourne and Adelaide prior to serving in a rural parish in Willochra Diocese and than a small urban parish in Adelaide Diocese. 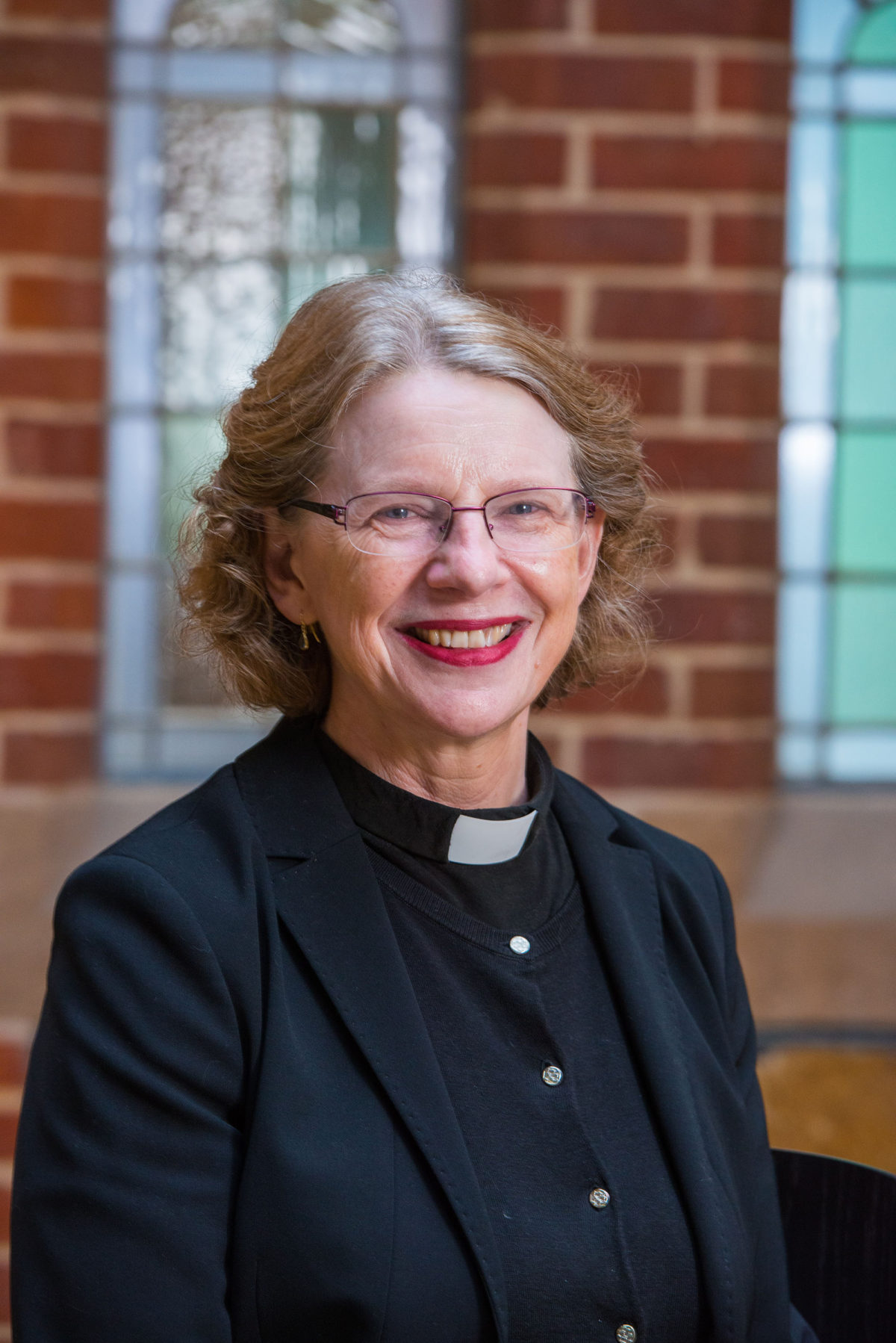 The Rev’d Canon Jenny Wilson is Precentor at St Peter’s Cathedral, North Adelaide, South Australia. She taught Mathematics for 15 years before entering formation for the priesthood. 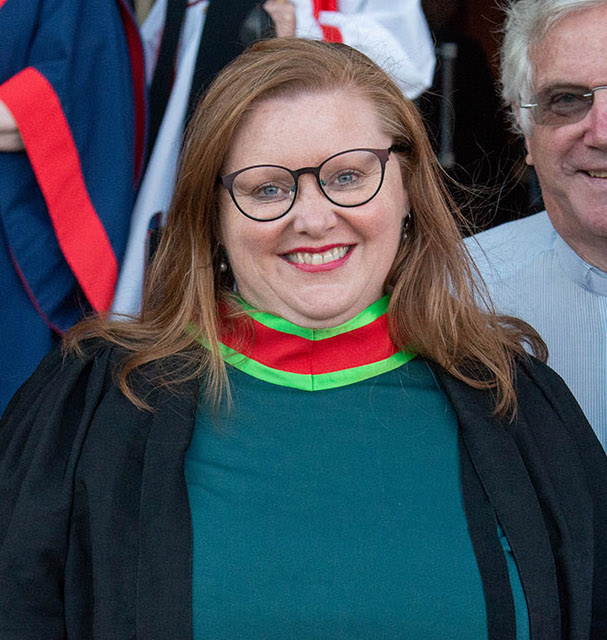 Katrina was originally from the Northern Territory and grew up in the Red Centre town of Alice Springs.

She has lived and worked in Adelaide since 1991.  Since then Katrina has worked in various roles, including working at Arnott’s Limited for 13 years.  During this time she studied to become a librarian to fulfill a childhood love of libraries.  Katrina believes, “libraries not only provide a welcoming place for people to visit, but they also provide resources which empower people to grow through learning.”