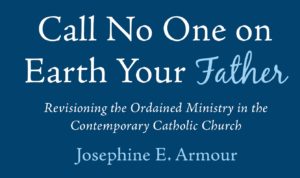 The old proverbial wisdom, which relegates religion and politics to the realm of “undiscussable” in polite company, maintains a utilitarian sort of wisdom to it: a tenuous and precious status-quo of peace between peoples and groups often so desperately needed. In churches (particularly in a “big-tent” church such as the Church of England and in greater ecumenical dialogue) much the same attitude is held toward a variety of issues in order to maintain what seems to be a precarious semblance of unity, balancing on the knife’s edge. Of course, the old adage is entirely wrong (as old adages often are). However, such a unity is exactly that: tenuous, precarious and ultimately superficial. It is responsible for relegating the most important of topics to the realms of taboo serving to build a false sense of unity. Instead of creating connections between people in the deepest parts of life, it stifles out even the ability to agree to disagree, suggesting that we are incapable of being nice to one another when we disagree. The controversial, then, is unavoidable.

When talking to Jo Armour about her upcoming book critiquing the conception of the ordained ministry within the Roman Catholic Church (RCC), it certainly raised an eyebrow for me when I asked her what the title of the book was going to be. “Call No One on Earth Your Father,” she responded. A provocative title like that, borrowing from the mouth of Christ Himself and obviously directed at a long held clerical practice within the RCC, suggested that it wasn’t going to be shying away from any controversial topics of discussion. The exchange certainly made me chuckle at the time and so I was looking forward to reading it.

Call No One on Earth Your Father: Revisioning the Ordained Ministry in the Contemporary Catholic Church is sectioned into three parts. Part one seeks to expose and critique the various problematic ideas which undergird the traditional theology of the ordained ministry. The problems of a traditional theology appear to be manifold:

Part two, then, transitions from a critique of an established theology to an outline of various elements of Christian tradition that need re-excavation in order to help re-envision the ordained ministry. Elements such as:

Concluding with part 3, Armour sets forth her positive paradigm – what she believes a theology of ministry should constitute. The Trinity functions as a critical principle by which to evaluate a theology of ministry, predicated upon an understanding of discipleship as participation in Christ’s own ministerial roles of priest, prophet and king (Chapter 15). It is from this foundation that ministry is understood as the expression of God’s relationality to the community, and that the ordained function as an official representative of God’s relationality, representing both the church at universal and local levels to both the community and the outside world. Ordination, expressed in the various offices of the Church, then, is meant to hold the symbolism of being in persona Ecclesiae (representing the Church). Though having specific roles distinct from one another, these offices serve fundamentally as living embodiments of this reality (Chapter 16). The non-hierarchical nature of the Triune God, then, suggests that the nature of the ordained ministry is collaborative with the community that the ordained represent, and thus requires a level of democratisation, though not necessarily becoming a democracy (Chapter 17 and 20). Ministry then, reflecting the diversity of the Trinity, should itself be diverse, and should look outwards to the surrounding world so that they might be included within (Chapter 18 and 19).

Overall, I found Call No One on Earth Your Father to be an accessible and worthwhile read. I do have some critical reflections:

Firstly, it seems to me that the text is primarily descriptive in nature. This is not to say that there is no analytic component to it, but there are times where it seems rather light on analysis. This might be an unfair criticism in the sense that there is only so much that one can expect of a short monograph of approximately 130 pages. Traditionally, in a book of length as such, one can either expound deeply on an extremely limited number of topics or shallowly on a broad range of topics. It seems to me that Armour’s project constitutes the latter approach, with each of the three sections requiring a monograph in their own sense. I’m not sure one can successfully critique the traditional theology, retrieve the tradition and propose a revised Trinitarian theology of ministry in 130 pages. At best one can only outline these things – which is a perfectly fine goal.

Secondly, and relatedly, the book places a heavy amount of stock in the analysis of various feminist scholars and the works of Edward Schillbeeckx (particularly speaking, The Church with a Human Face). This is fine, but it felt as if I was often not being presented with their arguments, but rather, partial sections of arguments or their conclusions. I felt that I was being asked to assume the validity of their argumentation, and in turn the validity of subsequent assertions, which wasn’t always presented in the text. As a result, it was not uncommon in my process of reading to wonder whether certain claims necessarily led to the conclusions stated.  They could very well be true, but I wasn’t sure they were sufficiently argued for.

For instance, in chapter 4, where a critique of ordination as effecting an ontological change within the believer is in view, we are told “Schillebeeckx challenges the setting of ordination ‘on a new ontological level’ over baptism. He argues that it is baptism that is ‘the ontological matrix and root of the sacrament of ordination’ and it is baptism ‘which gives ordination its substance.’” Furthermore, we are told that “As a result of the way in which the doctrine of priestly character has functioned since the Council of Trent, he contends it has become ‘a burdensome heritage… that isolated the priest from the church community ’”. The evidence of Schillebeeckx’s analysis are not provided at this point and so it becomes difficult to evaluate the truthfulness of this claim, unless of course one decides to read Church with a Human Face, which is fair enough.

However, this was then followed by Armour stating that, “the traditional understanding that ontological character is bestowed by ordination detracts from the significance of baptism. It is baptism, not ordination, that is the foundation for Christian ministry. Baptism is the sacrament signifying entry into the Christian community and as such is the foundation for all Christian discipleship.” It is not clear to me that this assertion is correct. In other words, I don’t believe that the causal effect of asserting an ontological change as a result of ordination necessarily causes a detraction from the ontological significance of baptism has been demonstrated. Furthermore, the reality of Baptism grounding ordination, to my mind, doesn’t seem to exclude the possibility of further onotological “development”, so long as we remember to ground this development in the locus of a pre-existing participation in the life and ministry in the person of Christ through baptism (which I don’t think contradicts what Armour is saying). Perhaps the issue isn’t so much in the idea of an ontological change being affected in an ordinand but rather in an individualistic conception of ordination and ontological changed separated from the locus of the community of the faithful?

As a result, then, I’m not sure that this text will be successful in convincing people who hold a differing opinion. As I hopefully have demonstrated, I can’t help but feel that this has raised more questions for me than answered. This is not necessarily a bad thing, of course.

Thirdly and finally, whilst my thoughts seem rather critical, I do believe that it outlines the value of this text. Whilst it may not be exhaustive, I believe it serves as a good outline of the issue: what the perceived problems are, what steps need to be taken in future scholarship and theology in order to help fix these problems and change the church, and the beginnings of a positive theological programme to base ministry upon. As polemical as the title might be, it is most certainly a gracious appeal to a Church which has institutional roadblocks.  It challenges the status-quo and directs a positive way forward. If read in this light, my thoughts seem to be more equivalent to nit-picking rather than being substantive.