In August 2018 the State of Kerala in south-west India was hit by a massive flood which left just under 500 dead, 14 missing, over 200,000 homeless and causing an estimated US$5.8 billion in damages. Government agencies and relief organisations were immediately overwhelmed by the huge needs created by this disaster.

The Church of South India (CSI) Malayalam* congregation at St Philips Broadview decided to try to get some support to hard hit families who, for one reason or another, were unable to access relief from other agencies. Using their personal contacts in the CSI in Kerala the St Philip’s congregation were able to find one such family and the donated funds were conveyed to them by a congregational member who was visiting Kerala at the time. The amount of money raised was largely sufficient to cover the repair and restoration of their home.

In the face of such disasters we sometimes find ourselves saying ‘What can we do that will make any real difference?’ Against the scale of the Kerala disaster it may seem a small thing to help just one family – but you can be sure it made a real difference to them!

SBC has a connection to the Malayalam congregation through its priest, the Rev’d Dr Santosh Kumar who is an Adjunct Lecturer at SBC. Dr Kumar has passed on the grateful thanks of his congregation and the people in Kerala to those at SBC who gave so generously to the appeal last year. SBC was privileged to share in this act of fellowship with our brothers and sisters in need in Kerala.

*Malayalam is the main language of the people of Kerala. 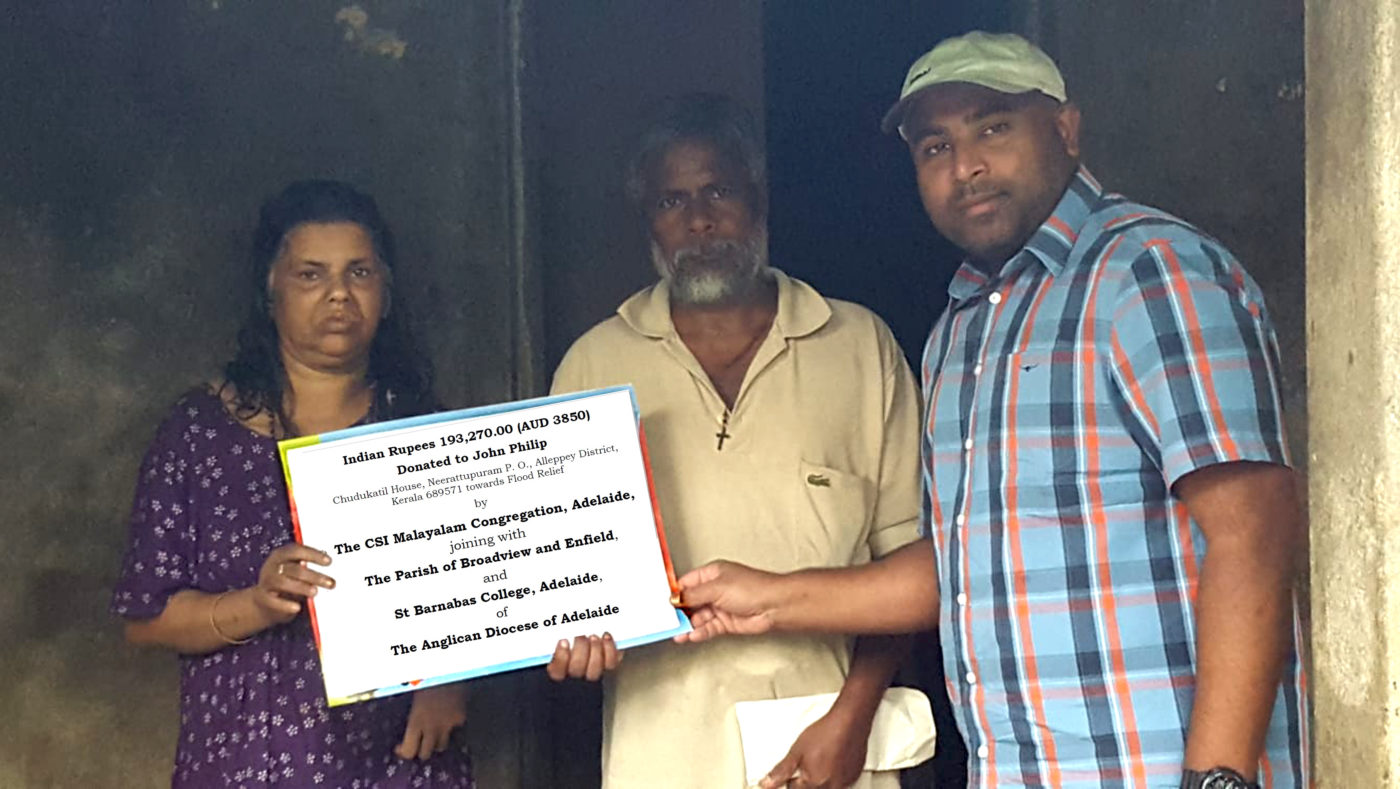